Pakistan Air Force is the proud of Pakistan. There are excellent career opportunities for male & female in PAF because Pakistan Air Force you not only a job but a promising career as well. With the birth of Pakistan on 14th August 1947 the birth of PAF also came into being. Air Force is a major defense department of any country in these modern days. Pakistan Air force start its career from flying of F-86, B-57s star fighters, F-6 and Mirage but now technology has been so much changed and PAF is fully equipped with the latest weapon like F-16, A-5 and F-7p. These are the weapon that can do anything at anytime. To start career in Pakistan Air Force is like a proud by anyone and every year a number of students go to the PAF selection centre and after selection procedure work in the organization which is proud of the nation. Career in PAF gives you many opportunities to show the world that who you really are. 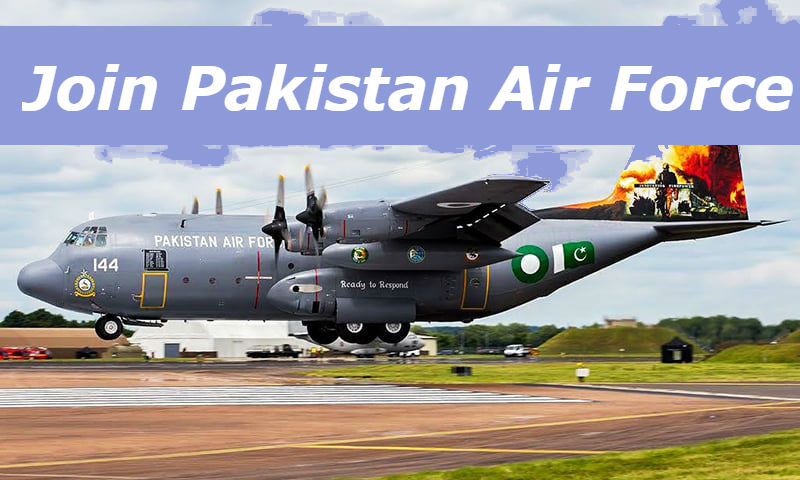 Many people among them are eager to join Pakistan Air Force but they are unaware about the whole procedure of joining Air Force.  The purpose of this page is to inform the readers about the categories in which they can apply to join Pakistan Air Force.Candidates from every province of Pakistan holding Matriculation in Science subjects with 60% marks are welcome to apply Pakistan Air Force.
Like the other two armed forces, Air Force is also making its full effort in the defense of the country and also for the benefit of citizens of Pakistan. Air Force has achieved much importance in the modern world as it plays important role in the wars nowadays. The latest air technology and armor has made the air force as a decisive factor in wars. Pakistan Air Force is making specific strategies and policies to safeguard the air borders of the country. PAF offers career opportunities to the deserving candidates every year in various fields of arms and services. 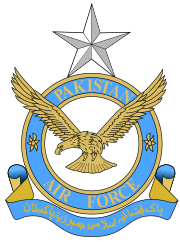 The prestigious department of Pakistan Air force  has a lot of work opportunities. You can join PAF to begin a successful  career and serve your nation. There is a range of jobs that are announced after every 3 to 6 months for the willing candidate whether they have done Metric.PAF is not just about flying aircrafts, there are a number of other jobs to do in this discipline that can definitely enhance your professional skills. This respect worthy department will provide you enough room to grow personally to the heights of perfection. So if you love to fly in the sky or are passionate to serve your nation, you should join PAF.

Procedure How to Join Pak Air Force after Matric 2022

Candidates who are interested to join Pakistan Air Force will visit their Recruitment center along with their all original academic certificates. For example mark sheets and personal document like National Identity Card NIC (In case of less than 18-year Form B is required). Candidate will visit PAD Induction and Selection center with respect to their city. Candidate should take all the original copies because photocopies will not be accepted. All the candidate should pay 100/- in order to get Broachers.

How to Join Pak Army after Matric 10th Class