Pakistan Army is best serving force in the world. Pakistan Army Join After Metric  2021 for Male & Female. There are so many students who have the dream to make their way as inside Pakistan Army just as after getting ended with the matriculation.
Pak army is the number one army of the world which has even won guerilla war against the terrorists. If you are a academically good student even then there is no guarantee that you will be able to join Pak Army very easily. I am not to scare you at all. I just want to make it clear that Pakistan army recruits the best available talent in the Country. One must be both medically/mentally and physically fit for getting commission in Pakistan army.
Pakistan Army is the Power of Pakistan and career in Pakistan Army is considered a dream come true for those who love Pakistan. Every Person who joins Pak Army feels  proud. They serve the nation, the people of the world in every harsh condition. There are shinning career opportunities for youngsters in Pakistan Army. 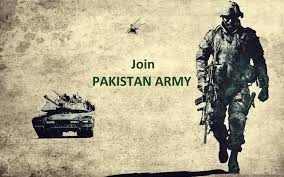 They can serve in Pak Army in a different perspective because there are many jobs for males and females in Pakistan armed forces. Excellent career opportunities in Pakistan Army are offered to the talented youth in different fields. A huge number of students apply for Pak Army. There is an organize system of promotion and increment. Officers are promoted through a standard procedure of rules and regulation.
The Pak Army doors of hiring are always open but in the basis of merit and falling in to the criteria of selection for the army in Pakistan. Every citizen of Pakistan has strong feelings for Pakistan and desire to join PAK Army and want to serve the nation, but they don’t know the exact selection procedure and this is the basic reason due to which not every man is unable to be a part of Pakistan Army.

Procedure How to Join Pak Army after Matric 2021

Pak Army will have published advertisement in the newspaper for calling the candidates from all over the Pakistan. In order to Join Pak Army, you will need to read the ad very carefully and

Find us on FB